Help me by making a donation
Main Menu
Main Menu

Quote from: Vasudev on January 23, 2023, 07:21 PM@scarface
I have downloaded the W7 ISO I wonder how you managed to trim it down to 2.5GB. I couldn't push below 4GB as a minimum even after rebasing updates etc. Try nvcleanstall. Its much better than nvslimmer. It will download only select components saving bandwidth and space.

Actually, I used harkaz's rebase to slim it down. Since there will be no more updates, I manually deleted a lot of stuff in the winsxs folder. I also deleted many old drivers (printers, TV tuner...). Actually, if I was doing an aggressive cleaning of the winsxs folder, it could be even smaller, but I essentially deleted "useless stuff" (drivers, wallpapers, fonts...). If you try to turn on windows features - ie tablet pc or other features - you may encounter problems though.
#12 Jean-Marc Jancovici, Engineer from École Polytechnique, creator of the carbon footprint and co-founder of Carbon4 and The Shift Project association is answering the following questions:
What are the real challenges in terms of energy and climate?
What will our future be in the short and medium term?
https://www.youtube.com/watch?v=AOJzHwhvWnQ 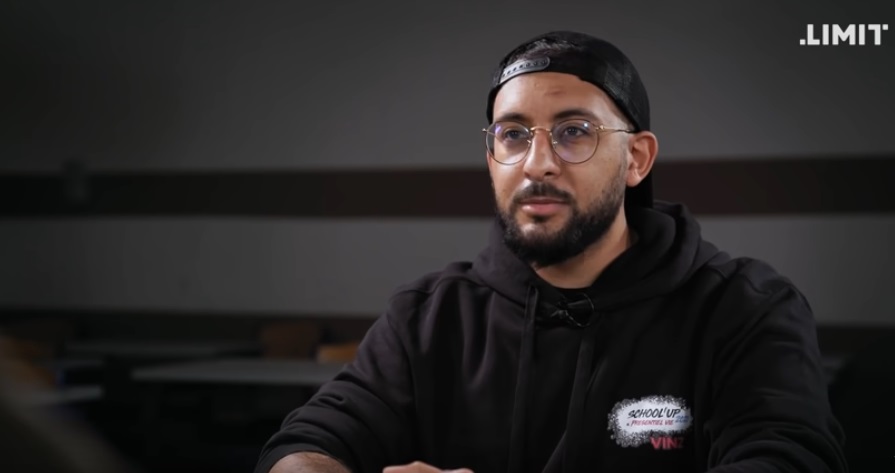 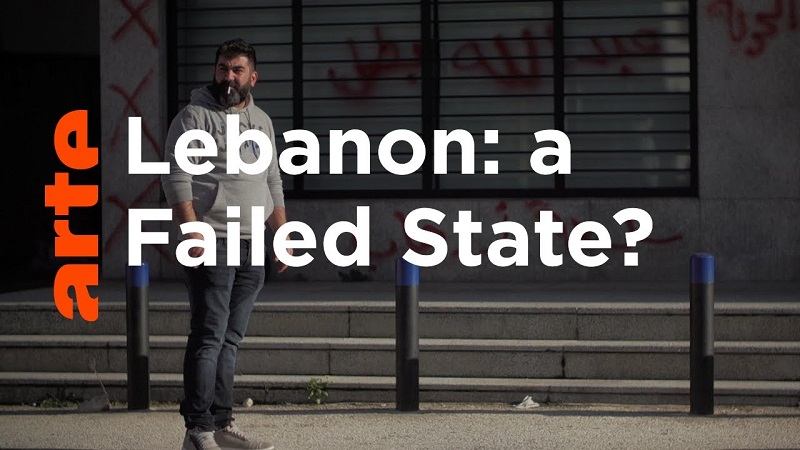 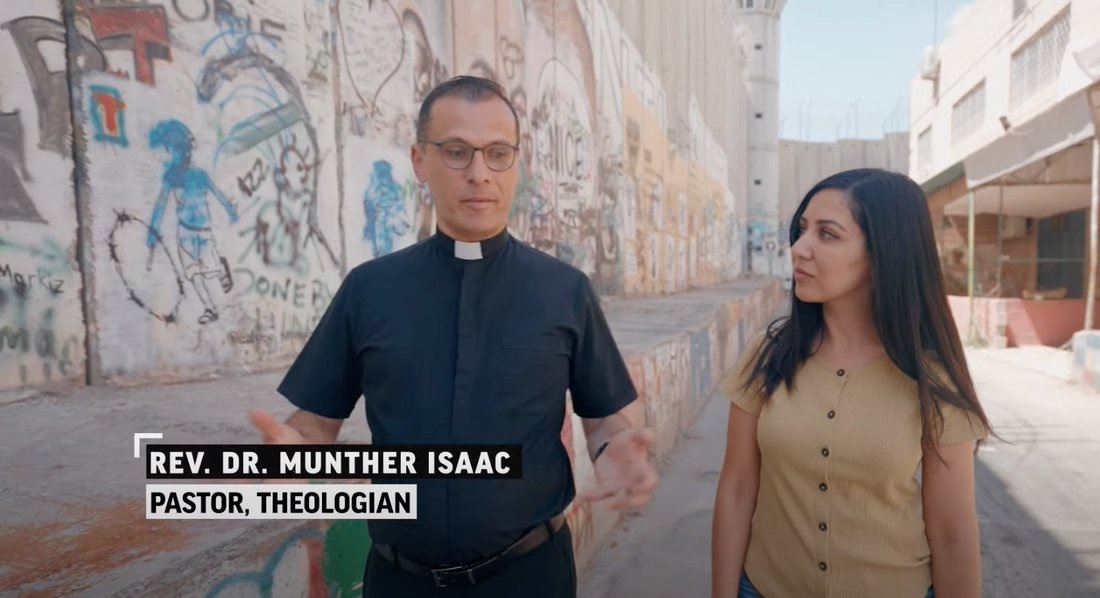 Last post by Vasudev - January 23, 2023, 07:21 PM
@scarface
I have downloaded the W7 ISO I wonder how you managed to trim it down to 2.5GB. I couldn't push below 4GB as a minimum even after rebasing updates etc. Try nvcleanstall. Its much better than nvslimmer. It will download only select components saving bandwidth and space.
EDIT: Nevermind install.wim was esd which brought down the size significantly.
@humbert I've moved to new Wifi 100Mbps up/down since LTE/5G has become spotty and rarely pushes beyond 1Mbps from 50-100Mbps.
#14

Look at the photo below. 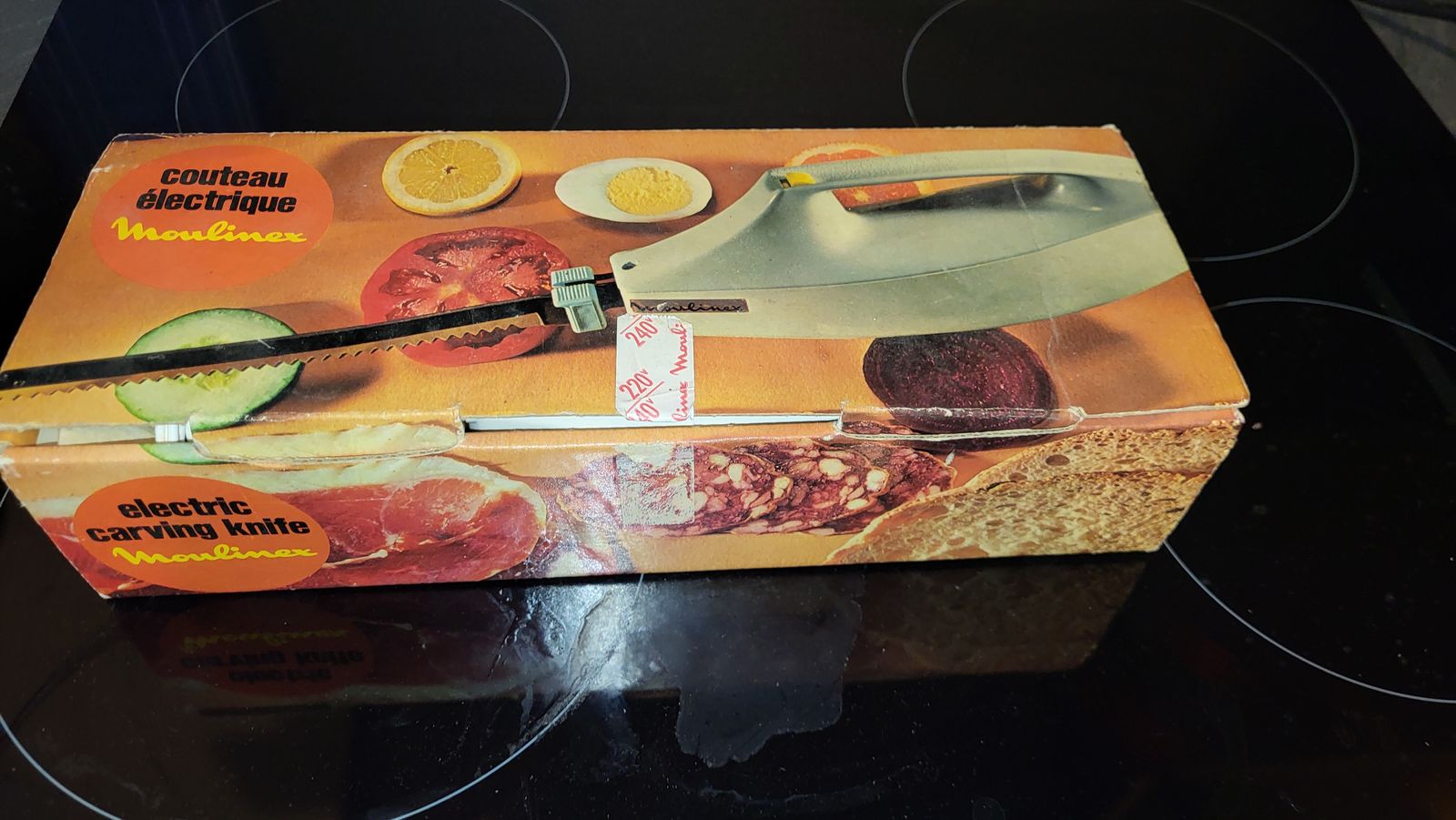 I found this device, an electric carving knife, in the garage of my mother. It was bought in November 1971 so it's pretty old. I thought it was a gadget and I decided to try it on a roasted pork shank. Actually, it was very effective. 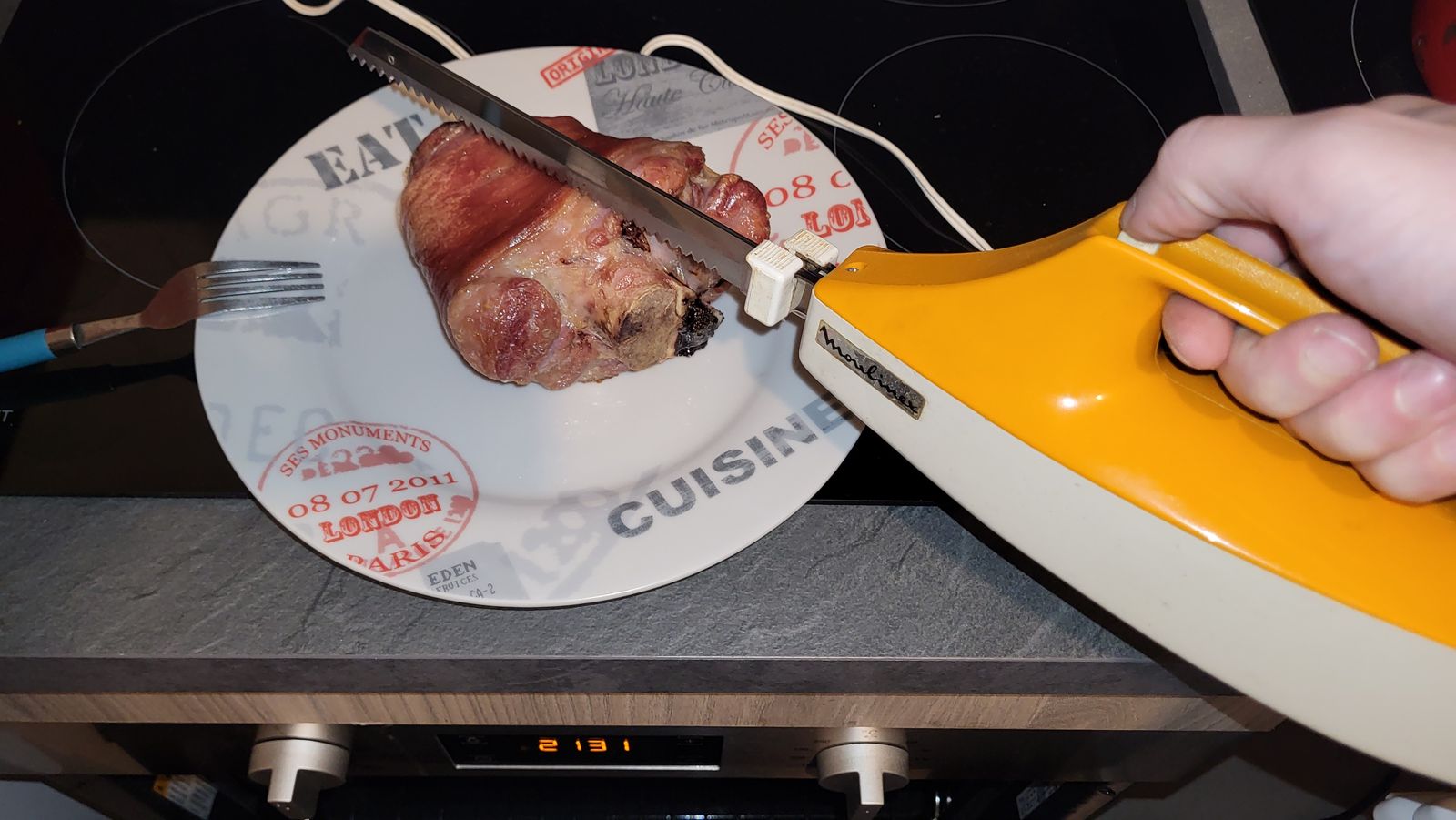 
The Rise and Fall of the Sega Dreamcast
https://www.youtube.com/watch?v=K-WM2Ji8ydI 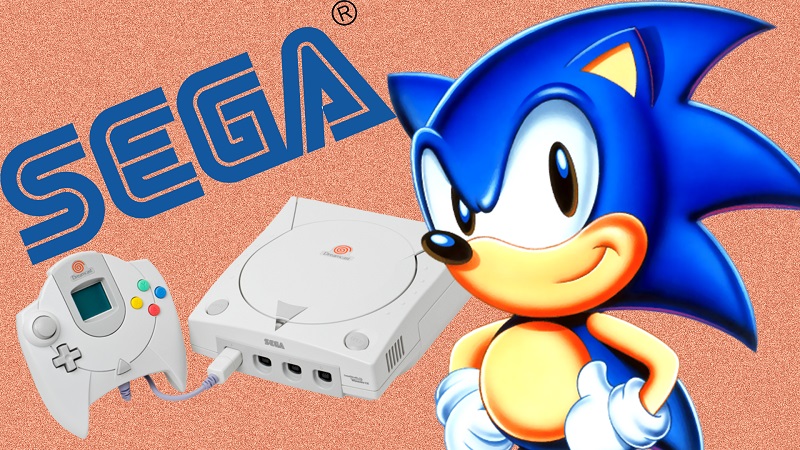 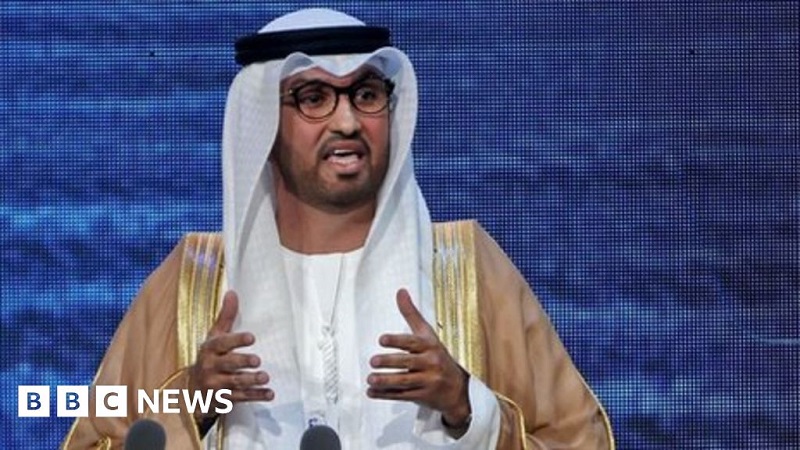 Dance In The Rain
https://www.youtube.com/watch?v=XbLdcFnKRTM 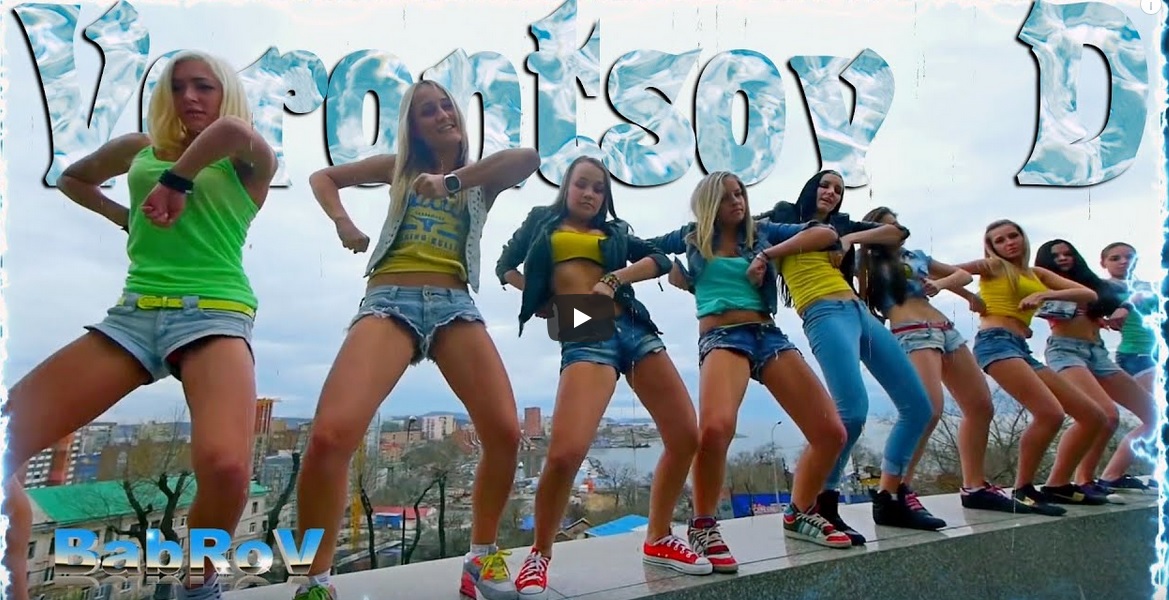 Chit Chat / Re: What games are you playing...

Last post by scarface - January 20, 2023, 08:50 PM
To make the 3 new repacks (see the message above), I worked a lot, and I reduced the size of the normal dds. It was pretty hard since only paint.net supports them (xnview is displaying an error message), and I reduced the size of hundreds of dds files. I'd like to make smaller repacks for dishonored 2 and the room series games, but it's hard since the files are embedded in "assets" files in these games. If you know how to modify these files, send me a message.
#17

Quote from: Guliver on January 19, 2023, 12:11 AMThat is a huge slab of meat! If you told us you were going to eat it in one sitting, I would have been quite concerned. But like this, it might last you for a few days. And yeah, I'm sure no guest would scoff at a meal like this.

The little Guliver (a user who sent me an email to get an account on the forum) confirmed my thought; the rouelle de porc won't leave their guests indifferent.
Now, I'm pretty sure that Guliver (with 1 l), humbert, shadow97 and maher don't know which wine to choose for their dish. So I'm giving you this poster: 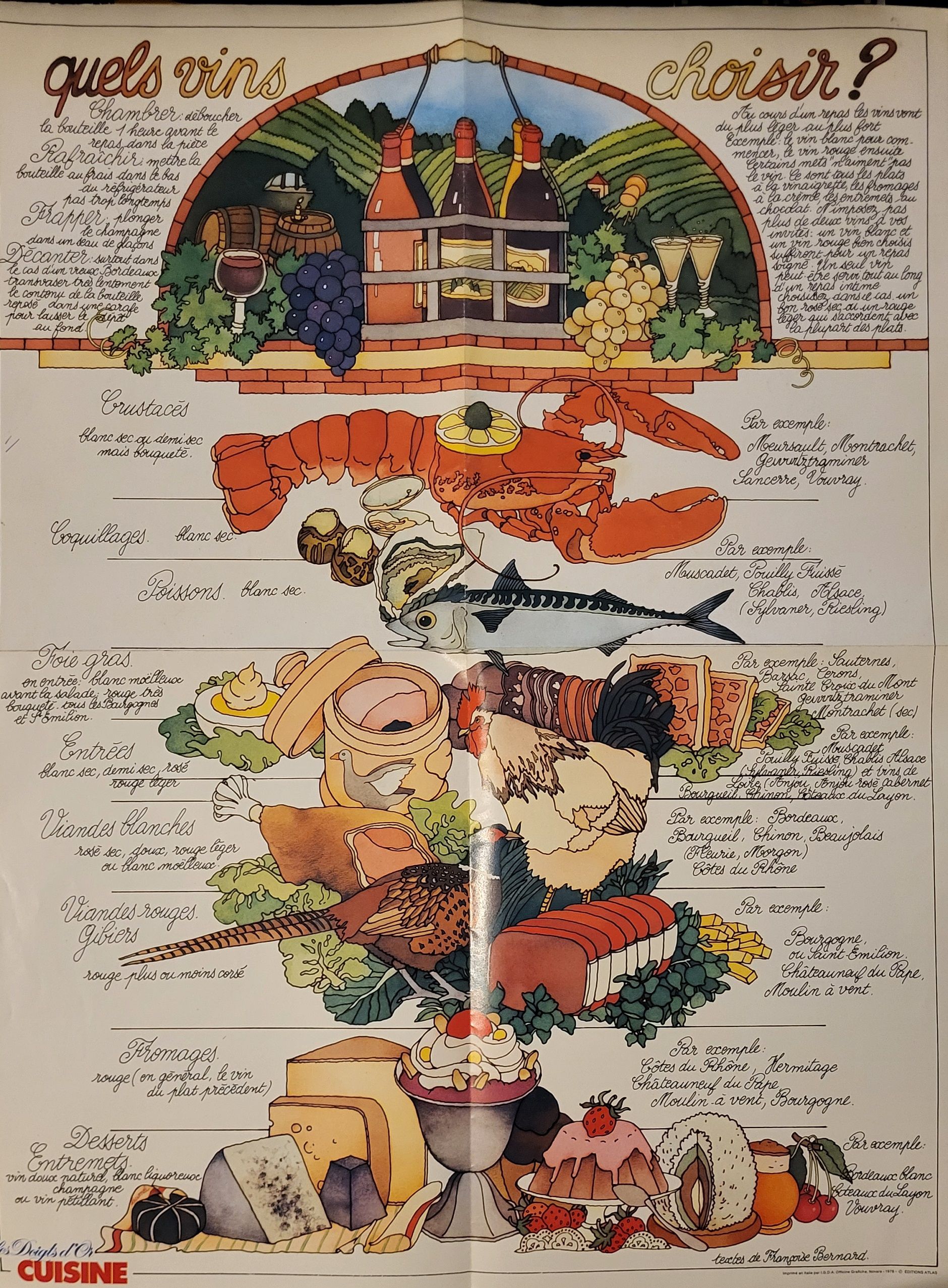 The layout is in French.
It was displayed in the kitchen of my mother. I finally sold her house lately. I wanted to sell it to humbert, but he certainly prefers the climate of Texas.
#18

Last post by scarface - January 19, 2023, 12:03 PM
Today, I'm going to hold a conference about the industrial revolution, illustrated with images.
Maybe some of you already heard of this concept.


A New View of European Industrialization.

According to the standard or traditional interpretation, the industrialization of Europe and the world began with an "industrial revolution" in England (or Great Britain) which other nations subsequently imitated. The interpretation has a long and venerable history. Indeed, it can be traced to Karl Marx who, looking upon Britain in the 186os, at the peak of its industrial supremacy, wrote: "The country that is more developed industrially only shows, to the less developed, the image of its own future". For long a standard feature of textbooks on European economic history, this interpretation has been enshrined in the prestigious Cambridge Economic History of Europe and in David Landes's Unbound Prometheus, an extended version of his chapter in the Cambridge series. Although expressed in novel form, Rostow's Stages of Economic Growth actually represents a reinforcement of the traditional interpretation. That interpretation has recently been reasserted clearly and concisely by Sidney Pollard, who wrote: "The process started in Britain and the industrialization of Europe took place on the British model; it was, as far as the Continent was concerned, purely and deliberately an imitative process".
The term "révolution industrielle" was first used by Frenchmen in the early years of the nineteenth century to emphasize the importance of the mechanization of French industry, then in progress, by comparing it with the revolution of 1789. Karl Marx used the term casually in Das Kapital (though not in the Communist Manifesto), but it acquired currency in English only with the publication, in 1884, of Arnold Toynbee's Lectures on the Industrial Revolution in England. Toynbee was a social reformer, not a scholar. His principal interest was in remedying what he believed to be the moral degradation of the British working classes. Invited to lecture at Oxford, he devoted his lectures to the interrelation of economic events and economic policy, especially to the emergence of laissez-faire policies, which he regarded as a disaster for the workers. Despite scholarly objections, the expression caught the public's fancy and was eventually incorporated into historical terminology. 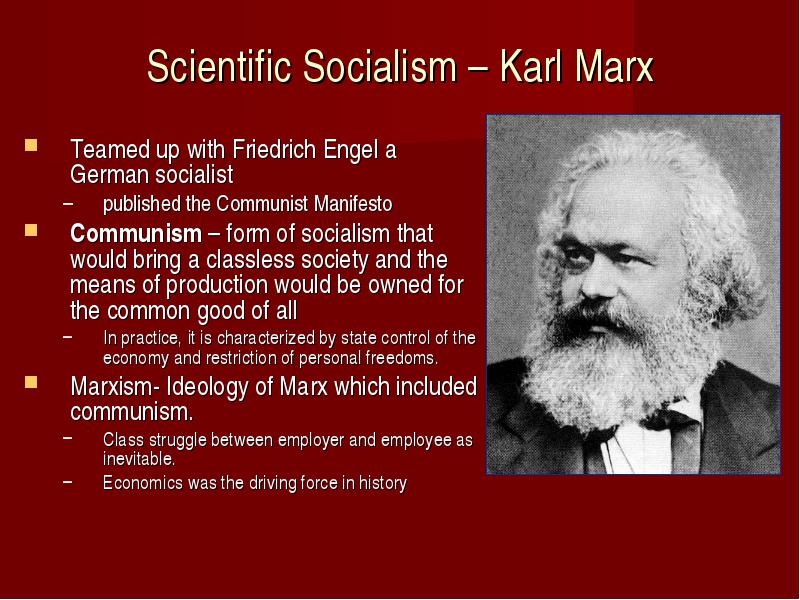 By analogy with Great Britain, the term industrial revolution has also been applied to the onset of industrialization in other countries, although without general agreement on dates. For example, the American historian, A. L. Dunham, assigned 1815 and 1848 as the inclusive dates of his study of the "industrial revolution" in France, but admitted that the period marked "the infancy and the beginning of the adolescence of the industrial revolution, but not its maturity, which was not attained until after 186o". In a critique of this work the French historian Claude Fohlen remarked, "The industrial revolution in France . . . covers a period of approximately a century, from 1750 or 1770 to 1870 ....The term revolution is ill-suited to a phenomenon that occurred over such a long period of time." By assigning specific dates for "take-off" in various countries (as, for example, 1830-186o for France and 1833-186o for Belgium) Rostow implied a specious accuracy for his analysis, but in almost every case his dates have been disputed-even when his terminology was accepted-by scholars familiar with the detailed history of their countries. The economist Jean Marczewski wrote: "If this precise phase of economic development is to be called take- off, then take-off in France occurred around the middle of the eighteenth century, or, at the latest, towards 1799.


Here is a passage of the book "La révolution industrielle, 1780-1880" written by Jean-Pierre Rioux.
I translated it in English.

The era of rail.
Launched in the cotton goods sector, driven by technical innovations, the industrial revolution spreads at the beginning of the 19th century. But to give it a new extension and solidity, it was necessary to spread new products effectively, to create new consumer needs, to control and expand markets. That is to say, find a faster rhythm of circulation capable of animating and growing the new economy. Speed reduces costs and depreciation, brings the producer closer to the consumer, gathers profit more nimbly, encourages boldness.
Prudently, capitalism relies first on the traditional means of communication renovated and adapted. The still mediocre road network, despite the new stones and a few rare surfacings before 1860, became denser. Often with tolls in Great Britain, meticulously maintained on the main axes since Napoleon in France, radiating around the capitals, it allows slow rolling, at the pace of the conveyors, for heavy goods and fast journeys, for the post office and men. The good weather for fast stagecoaches, chartered by powerful companies, is coming. It took ten days to reach Edinburgh from London in 1750, three and a half days for Manchester: in stagecoach, the route was reduced respectively in 1830 to 45 and 20 hours, at an average speed of more than 20 km/h. With safe and fast relays, honest comfort, the Laffitte company in France linked Paris and Lyon in 55 hours in 1848 against 100 in 1815. In the United States, the stagecoaches of Majors and Waddel joined the Mississippi to California in 25 days , before the Pony Express reduced the journey to less than 10 days around 1860.
But everywhere the secondary roads are execrable or non-existent: the potential market of the countryside is inaccessible and only intrepid traveling salesmen risk a few expeditions there. The only very dense network, systematically used and extended, is that of the waterways. The beginnings of the industrial revolution, until about 1830, are the age of rivers and canals. 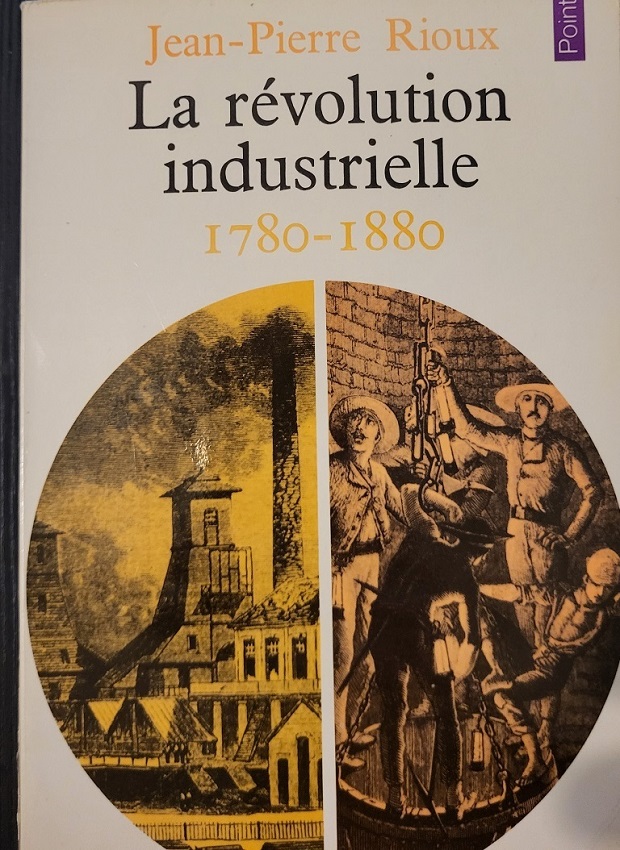 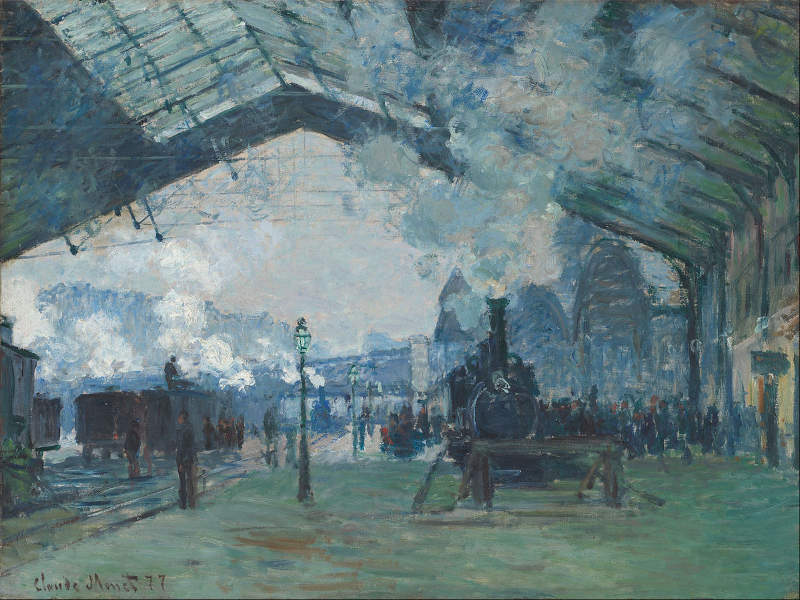 Quote from: humbert on January 14, 2023, 05:18 AMThanks for the explanation regarding the Bastille.

You explained that Palloy secured a license for the Bastille's demolition? Who issued it? The King was still in power at the time. Did his government do that?

Well, I don't know. I just know that he obtained a license for the demolition only a matter of days after the Storming of the Bastille.
#20